Still the flagship of Walnut Street's Restaurant Row, Le Bec-Fin oozes elegance and sophistication, welcoming Philadelphians as well as legions of visitors from around the globe. Crystal chandeliers suspended from 20-foot high ceilings shed grace upon an urbane space framed in muted beige, micro-suede walls. Elegance reigns. Black-garbed servers proud to carry on a cultivated, renowned tradition are attentive and ubiquitous. Cuisine at Le Bec-Fin remains the touchstone for gauging the city's culinary vibrancy. Peppering an exquisite, classic French menu are the Chef's latest creations each underscoring his gastronomic savvy as well as the eatery's global pantry.

A Flagship in the Philly Restaurant Fleet 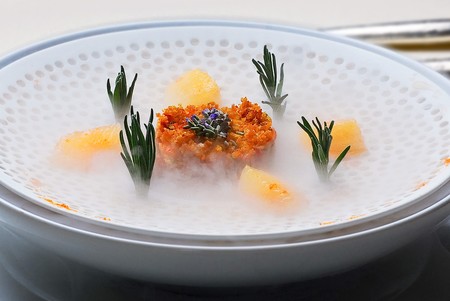 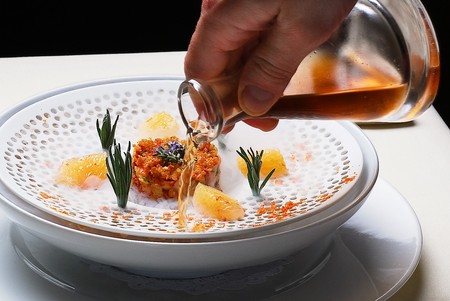 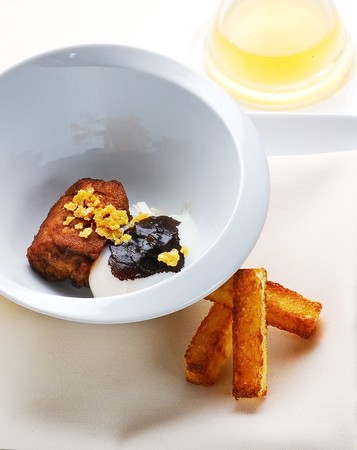 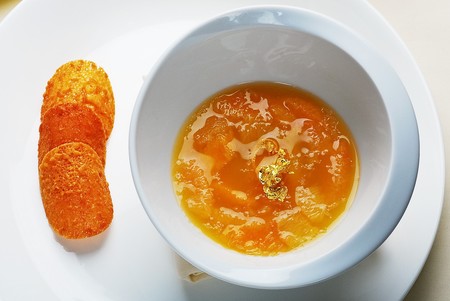 Ricotta Ravioli with a Citrus Consome

Ricotta Ravioli with a Citrus Consome 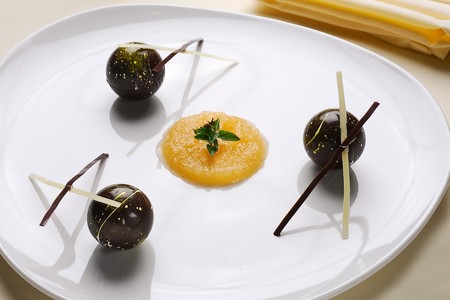 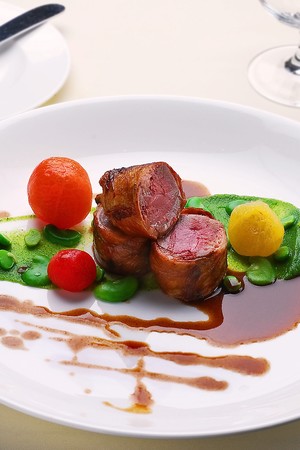 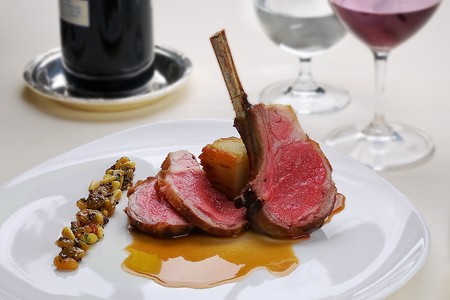 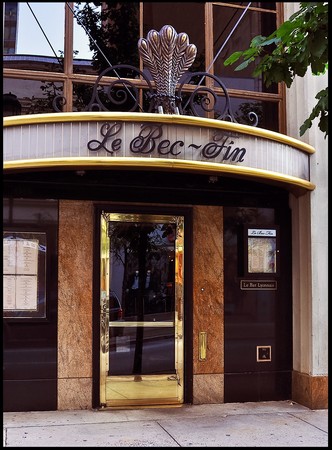 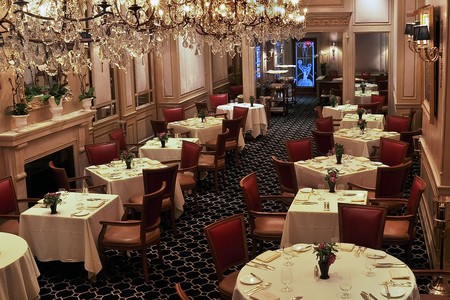 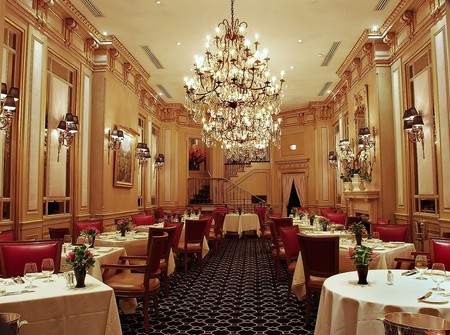 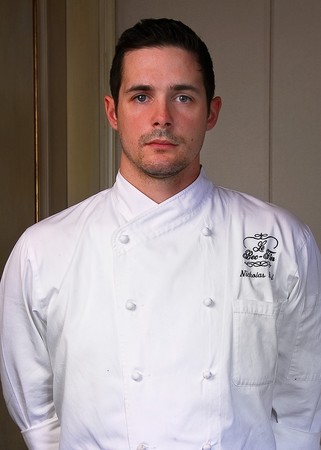 What is the name of your bar?

Is this a BYOB restaurant?

No, but you may BYOB on Monday nights where there is no corkage fee in the main dining room and bar

Yes, your parking options are valet or street parking.

dinning by myself, coming in from out of town, found the service and food as good as the last I was in which was the best possible. Yum!!

Lunch and a show

My daughters and I enjoyed a wonderful lunch before seeing the "Lion King". The service was unquestionably the best we have ever had, as was the food. It was quite a wonderful experience that we will remember for a very long time!

First time visitor. Great place, prestigious, very nice. Service excellent! Champagne was great! Amazing food. Over all great experience. Would recommend to anyone. It will be on my list of fine restaurants.

Le Bec Fin continues to be the hallmark dining experience in Philadelphia. Elegance and superior service are only exceeded by culinary masterpieces from the world's greatest Chef. This is the ultimate dining adventure.

Lke being in France -- or heaven. Don't miss the terrine of foie gras.

The subtlety of excellent service blended with the elegance of presence brings the patron an experience that is met by but a few restaurants found in this country. Bravissimi!

Loved the ambience and food. The taste and showmanship of the food was great. We felt like a king & queen in our castle.

My wife and I went to Le Bec Fin to celebrate our 15th Wedding Anniversary. We don't normally eat so lavishly, but the entire dining experience was wonderful and we will always remember the night. The service and the food was more than just eating at a nice restaurant, it was an overall sensory experience that was far beyond superb!!!!!!!!! It was worth every penny. Save up and celebrate!

Le Bec Fin is one of those "must do" restaurants. It's a five-star experience - at a great value. The staff was professional AND very friendly, the somm knew his stuff, the atmosphere was lovely, and the meal was first rate. Worth the trip from VA to Philly. We'll be back soon! Bravo George Perrier!

A visit to celebrate our 50th wedding anniversary.Outstanding food in very pleasant surroundings with very personable service. This was a return visit and was as memorable as our previous experience. Thanks to all.

Le Bec Fin did not disappoint on any note. The food is beautifully prepared and served and every bite is wonderful. The staff is formal but warm. The atmosphere is like walking into a closed beautiful vessel.

This is a training exercise for paradise, all was exceedingly fabulous. The food was prepared with a flair of showmanship you mostly hope and dream about. We truly were treated with dignity and care. The patrons excitement livened the evening, I could tell a delightful time was had by all. Overall we were very pleased and while the prices are somewhat high for the average dinner experience it was well worth the treat ourselves approach for the evening

Le Bec Fin lives up to his long time reputation. Staff was friendly, informed and non-intrusive. Superb setting and fabulous desserts--as always. Will definitely return soon--celebration or not!

Restaurant Week a Most