Peter McAndrews, Executive Chef of Modo Mio (Italian for “my way”), has taken traditional Italian cuisine and done it his way. The restaurant recreates the ambiance of an Italian osteria, with a quaint, homey setting that takes guests right into the heart of old Italy. Diners can experience Chef McAndrew’s innovative approach to rustic Italia through the scores of regional dishes from Sicily and Northern Italy, as well as appetizing Italian-American creations. Scrumptious pastas, such as the Agnolotti in creamy almond butter sauce, are complemented by a variety of rich entrees like the Braciolette, a sausage-stuffed steak topped by melted provolone, all at reasonable prices. Modo Mio is a great place for friends and family, where traditional Italian cuisines are made deliciously original. 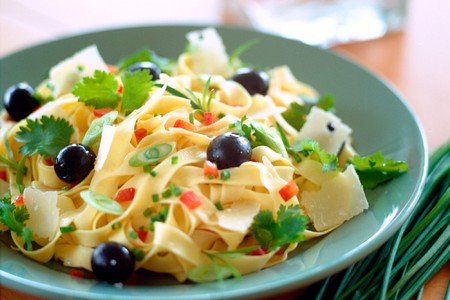 Choose four menu selections, one from each group: 30.00
Antipasti, Pasta, Secondo, Dolce or Contorni. Beverages are not included in the turista menu.
20% gratuity added to parties of six or more 0.00

Modo Mio is the most

This place is a gem. Its tiny and usually crowded but the food is excellent. The Chef uses very imaginative combinations of flavors in everything from his antipaste to the desserts.. We have dined there 2 times and have found the wait staff to be friendly, helpful and very efficient and the quality of the food consistently excellent. The variety of entrees are complimented by the pastas salads and antipaste. The menu tourista - four courses for 30 - is a great deal especially if everyone trys something different then you can sample everything . I would highly recommend this restaurant to anyone.

Most Unfriendly, Unwelcoming in Philly!

My friends told me the food was ok. But what really dominated their experience at Modo Mio was the waiter, at the behest of chef/owner, working to turn over the table (hurry to get them out!) ASAP. They were seated while waiting for one other person (who arrived soon thereafter), were pestered to know when she would arrive and were not allowed to even order appetizers until all had arrived (FYI there were empty tables there). When I arrived to meet up with them as they finished dessert, the place was full, but there was no one waiting for a table and only three remaining reservations in the book at the front (I checked when I left). When I sat down, we overheard the chef/owner tell the waiter "I will not serve her!" They were very rude about it and flatly told me that because I was not seated at the same time with my party, I could not order food. Mind you, there were only 3 more reservations on this very rainy night and the place wasn't to close for 2 more hours! Neither I nor my friends have EVER been treated so horribly at a restaurant. The funny thing is, they were acting like Modo Mio was the latest hotspot in NYC and so busy they had to turn people away at the door! Don't get me wrong, I love the neighborhood....but it IS Northern Liberties, not Soho. In the end, I was treated properly, well-fed and more than satisfied at their MUCH friendlier neighbor, Las Cazuelas! Don't waste your time at Modo Mio, go to LAS CAZUELAS!!!!